The Life and Times

Spanning nearly 40 years, Colin Barrow’s career has taken him from the City of London to Wall Street to the heart of Westminster and Conservative politics, most recently heading up one of the largest and most influential councils in the UK.

Born in Fareham, Hampshire in 1952, Colin was educated at Dulwich College and Clare College, Cambridge, where he read Moral Sciences and Law. On graduation in 1974, he took his first job as commercial manager at the oil and gas engineering company John Brown Group.

In 1983 Colin joined the Man Group – or as it was then known ED&F Man, to spearhead its entry into the alternative investment market – namely hedge funds. This was an embryonic area at the time: even in financial services, hedge funds were relatively unknown and their assets tiny. Colin proceeded to set up Man’s global fund management business, for which there was little precedent.

With bases in London, Switzerland and New York, Colin found himself at the epicentre of the ‘80s Wall Street boom, in his own words “right in the middle of Gordon Gekko, greed is good, red braces. It was a fascinating, fascinating time. People really worked hard and wanted to get on and there was a sort of immigrant mentality.” The Man Group ultimately became the world’s largest quoted hedge fund. Colin left to become Chairman of London-based Sabre Fund Management in 1996.

The following year saw Colin’s lifelong interest in politics lead him to becoming a Conservative Member of Suffolk County Council. He also became involved in a number of charities. As much of the country changed political colour after Blair’s General Election landslide victory, Colin returned to the capital, to focus his energies on both London local government and developing central Conservative Party policy, with an eye firmly on the future. He co-founded the neo-conservative oriented think-tank Policy Exchange, and was a key backer and contributor to Michael Portillo’s leadership campaign in 2001 – whose bid is widely seen as a precursor to the modernised Conservative Party under David Cameron.

In 2002 Colin became a Member of Westminster City Council, and in 2008 was elected leader – taking on the highest profile local government role in the country.  A vociferous advocate of devolving more power and financial autonomy to local authorities, he was quickly seen as a dynamic figure who wanted to make his mark beyond Westminster City Hall. Colin began the largest house building and renewal programme in the city in recent memory,and regenerated some of the most iconic parts of London – against a backdrop of the most significant and challenging change and government spending reductions seen for decades. He also set about raising attainment of the City’s state school pupils and made huge improvements in GCSE results. 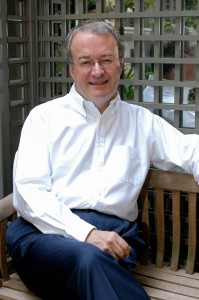 His achievements included delivering major street improvements while keeping council tax frozen for a record five years in a row, and pushing through savings of £33m a year through the Triborough project, all these saw Colin widely lauded.

Two years on from his retirement, Colin has developed a number of overseas business and personal interests but maintains his interest in politics.

He advises Imperial College Partners on health and was a member of the Mayor of London’s  healthcare commission, chaired by Lord Darzi.

He has for many years advocated the use of mediation and other methods of dispute resolution to avoid the vast cost, delay and business disruption resulting from litigation. He qualified with CEDR as an accredited mediator in 2014 and is increasingly working in this field.

Colin lives in Switzerland with his wife Ana. He travels extensively and is frequently in London. He was for six years Chairman of the National Autistic Society. He was made a CBE in 2004.